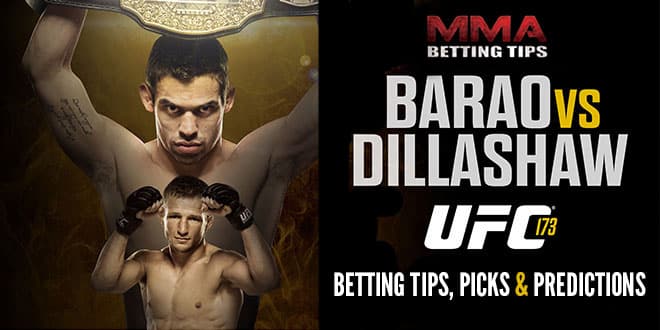 Before you read this betting tip I need you to erase the memory of 2 fights out of your brain. First of all you need to forget about the devastating beat down that Anthony Njokuani put on Andre Winner and secondly you need to wipe all memories of Rustam Khabilov using Vinc Pichel’s head as a basketball.

Now that you’ve forgotten about those fights, this betting tip will make a lot more sense…

Anthony Njokuani is a big favourite to win this fight but I believe that he is going to get beat by Vinc Pichel. If you look at Njokuani’s record, you will notice that he performs extremely well against fellow strikers, but he struggles as soon as he faces anyone with the ability to grapple.

When Njokuani fights a guy that can grapple, he fights a lot more tentatively and spends a lot of time in their control.

Vinc Pichel is a well-rounded fighter with decent striking and grappling. He mixes his strikes and take downs well and I believe he has all the skills necessary to beat Anthony Njokuani.

Another factor which favours Pichel in this fight is Njokuani’s lack of activity. He doesn’t throw that many strikes and the majority of strikes that he does throw, don’t land.

Njokuani appears to be a young and explosive striker but he’s actually 34 years old and hasn’t fought in over a year. Fighters over the age of 32 see a rapid decline in their cardio and performance every year and Njokuani will likely experience some ring rust due to his lack of fights in the last 12 months. Vinc Pichel will come out fast and aggressive and make life difficult for Njokuani from the first second.

Vinc Pichel has only lost once in his career and he’s a great bet at 3.00 | +200 | 2/1. I believe he will be able to stay competitive with Njokuani in the striking and grind out a decision win by controlling Njokuani against the cage and scoring a couple of takedowns.

Al Iaquinta and Mitch Clarke are very similar fighters. They both have average striking, they are both average grapplers and they both lack finishing power.

Another similarity between Clarke and Iaquinta, is that the majority of their fights go to a decision. 3 out of Iaquinta’s 4 fights in the UFC have ended via decision and 3 out of Clarke’s last 4 fights have also ended via a decision.

Both these guys lack finishing power and as a result I recommend you betting on this fight to go over 2.5 rounds.

Michael Chiesa isn’t a great fighter but he does have a couple of significant advantages over Francisco Trinaldo. The first advantage is his age. He is 9 years younger than Trinaldo and the younger fighter wins around 70% of the time when there is a 9 year age gap in a fight.

Chiesa’s second advantage is his significant reach over Trinaldo. Chiesa is nowhere near as good at striking as Trinaldo, but the reach advantage should help level the playing field.

These physical advantages will help Chiesa beat Trinaldo, but his biggest weapon in this fight will be his work rate. Michael Chiesa fights at a relentless pace and Trinaldo has shown thoughout his career that he has very bad cardio.

This is also the first time that Francisco Trinaldo has fought outside his native Brazil. This means that this will be the first time competing in the UFC where he doesn’t have home advantage on his side.

The only problem with betting Michael Chiesa to win this fight, is that he will likely want to take this fight to the ground and Trinaldo has pretty good submissions. As a result, I also recommend that you place a small 1 unit insurance bet on Trinaldo to win by submission. The odds on this bet are around 15.00 | +1400 | 14/1 which means that we’ll make a profit on this fight just as long as Michael Chiesa wins or Trinaldo wins by submission. This is a great insurance bet because I don’t see Trinaldo being able to outwork Chiesa and win by decision and a knockout is extremely unlikely since Chiesa has never been knocked out in 11 career fights.

The odds have dropped on Tony Ferguson to win since they were first published and that’s because Ferguson is a beast who should have no problem beating Katsunori Kikuno.

Ferguson’s only loss in the UFC came against the ultra-talented Michael Johnson and I believe that a bet on Tony Ferguson to win will be the easiest money of the night.

Jake Ellenberger’s fighting style completely changed after he got knocked out by Martin Kampmann.

The knock out loss appears to have severely impacted Ellenberger’s ability to perform and he seems to be lacking confidence. Since the knock out loss he has almost completely stopped shooting for takedowns and the volume of strikes he throws has significantly decreased.

Jake Ellenberger has said that he’s been working on his striking for this fight which indicates that he plans to stand and bang with Lawler. I’m not too worried about the take downs in this fight, because Ellenberger seems to have abandoned his wrestling in recent fights and Lawler has pretty good take down defence.

If Ellenberger comes out and fights tentatively he will lose, but even if he comes out more aggressive he’s going to have a tough time adjusting to Robbie’s style, since Robbie is such an accomplished Southpaw.

If Lawler was an Orthodox striker I’d feel a little nervous about this pick, but instead I feel super confident because Robbie Lawler is a world class Southpaw striker and it will take Ellenberger time to adjust to his style.

If you’d like to discuss any of our betting tips in more detail, why not head on over to our MMA Betting Forum and join in the discussion…