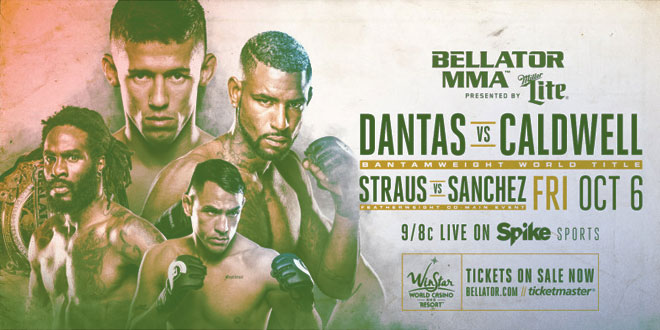 Bellator 184 gives us a good opportunity to make money because the odds on at least one of these fights is way off. This is a huge weekend for betting on MMA and I feel very confident that we can kick things off with a profit.

Please keep checking this article regularly for updates because I may add more betting tips as we get closer to the time of the fights.

DO NOT PLACE BETS ON ALL OF OUR PICKS

In the table above we give our picks and predictions for every fight. This is to help you put together teams in Fantasy MMA or enter Pick’em competitions. Please do not bet on all of these picks. You should only bet on our official VIP Betting Tips that you can find further down this page.

These picks and predictions are based on which fighters we perceive to have the best betting value. This doesn’t necessarily mean we think the fighter we pick has any notable advantage over their opponent.

The results of these picks are not tracked. We share them with the community because some members use them to enter Fantasy MMA and Pick’em competitions.

Nova Uniao fighters have had great success over the last decade by using their incredible takedown defense to turn strong wrestlers into panic wrestlers. Eduardo Dantas trains at Nova Uniao, and Darrion Caldwell is a one-dimensional Wrestler with low level striking and a low-level ground game. Eduardo Dantas is your typical Nova Uniao fighter because he has developed world-class takedown defense under the guidance of Andre Pederneiras. For that reason alone this is a bad matchup for Darrion Caldwell.

Darrion Caldwell is a former NCAA Div 1 Champion, but this level of wrestling is only useful when you can apply it to MMA effectively. If an NCAA Division 1 Championship meant that you were automatically going to be a gifted MMA fighter, then the UFC would be full of NCAA Division 1 Champions. As we know, this isn’t the case, and after watching Caldwell’s last 5 fights, I have observed the fact that he still needs to do a lot of work to apply his high-level wrestling to MMA.

If you go back and watch any of Caldwell’s fights you’ll notice that he suffers from a lot of the same problems that plague high level wrestlers when they first start competing in MMA. Some of these problems include shooting from way too far outside of his opponent’s range, not setting up his takedown attempts and having top control that is too loosey goosey, which gives his opponent’s space, time and a window to scramble back to their feet when he takes them down. This is something that many high-level wrestlers who come from a traditional wrestling background struggle with when they first start competing in MMA. We have even seen Olympic wrestlers like Daniel Cormier and Henry Cejudo struggle with this in the past. This is a significant factor to take into consideration because even if Caldwell were able to get Dantas down, it’s unlikely he’ll be able to keep the fight there because Dantas is like most Nova Uniao fighters. He is incredibly difficult to take down and even harder to keep down.

Darrion Caldwell also has a couple of other weaknesses that make this a good matchup for Eduardo Dantas. The first is his low-level ground game. If you go back and watch some of his recent fights, you’ll see that he shows a lack of experience by going for long shot submissions. He also has poor submission defense and puts himself in a lot of danger on the ground. Eduardo Dantas has high-level Brazilian Jiu-Jitsu, and I would not be surprised if he were to submit Darrion Caldwell.

Caldwell also has really low level striking. He fights in bursts, and he’s very predictable. Dantas has a significant advantage standing up.

Based on past performances this is an excellent matchup for Eduardo Dantas. Skill for skill he can win this fight wherever it takes place. My only concern is that sometimes we see Dantas turn into a point fighter and for this reason, he does not do enough to win rounds beyond all reasonable doubt. Dantas is 8-1 in Bellator, so this weakness has not cost him yet, but Bellator judges are very unpredictable, so it’s always risky to bet on a guy who doesn’t do enough to put his stamp on rounds.

If you shop around, you can currently bet on Dantas to win at odds of around 2.00 | +100 | 1/1, which is excellent value when you take into consideration the advantages that he has in this matchup. It’s possible that Caldwell might sneak a split decision, but I promise you that this is his only real chance of winning which makes Dantas a great bet at the current odds. This bet does carry some risk, but the payoff is totally worth it.

I believe that Dantas is an excellent bet because Caldwell will not finish him, and he will not win this fight dominantly. In contrast, Dantas has the skills to finish Caldwell standing up or on the ground and he also has the skills to dominate this fight if he performs to his full potential. We cannot control how both fighters perform in the cage, but I can assure you that Dantas is a very good bet based on all the information that we have going into this matchup.

Reasons for betting on Eduardo Dantas to win...

Risk factors with betting on Eduardo Dantas to win...

The bookies believe that Eduardo Dantas has a 50% chance of beating Darrion Caldwell based on their current odds.

We believe that Eduardo Dantas has a 70% chance of beating Darrion Caldwell based on our extensive research and analysis.