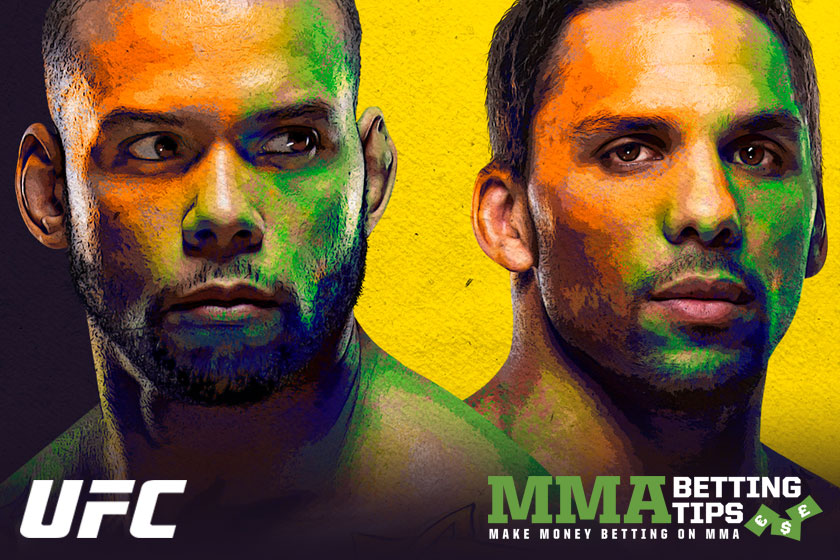 After tonight’s UFC event we have another short break before the action-packed final run till the end of the year where we have a UFC event almost every weekend. The next event is UFC 229 – Conor McGregor vs Khabib Nurmagomedov, and at first glance, it looks outstanding for prefight betting. I am going to jump into research as soon as UFC Fight Night 137 is finished and I hope to have some rock solid betting tips for UFC 229 posted on the website by early next week.

There’s no UFC next weekend, but Bellator is hosting a massive event with Gegard Mousasi vs Rory MacDonald as the headliner. I am confident I’ll have some betting tips for this card. I’ll let you know as soon as I post them.

I’d also like to remind you that my Football Betting Challenge is going extremely well. We have made big profits in the past week, and after just 6 weeks I’ve almost doubled my starting bankroll. I strongly recommend you start to tail my Football Betting Tips if you haven’t already given them a try.

Last weekend the odds moved on Andrei Arlovski and Mark Hunt in a big way on the day of the fight. This extra value in their odds forced me to bet on both guys, even though I had planned to pass on them at their opening odds. Unfortunately, things didn’t work out because they both ended up losing. Hunt at even money over a guy like Oleinik was too good to pass up, and I felt that Arlovski was a great bet at underdog odds against Abdurakhimov after he had such competitive fights against Tai Tuivasa and Junior Albini. I felt that Albini and Tuivasa were much better than Abdurakhimov, so it was disappointing to see Arlovski put in such a poor performance.

When Thiago Santos shows up and performs to his full potential, he is devastating, but all too often we’ve seen him self-destruct. Many times in the past we have seen him either lose fights he should have won easily or put himself into positions where a fight is much tougher than it needed to be. Sure he has blown through a few guys like Gerald Meerschaert and Jack Hermansson, but he has consistently demonstrated terrible fight IQ against an average level of opponent. For example; he repeatedly tried to take Eric Spicely down and wound up being submitted. All he had to do to win was keep the fight standing, and yet he repeatedly chose to take Spicely down. Spicely only had one path to victory and Santos handed it to him on a plate. He also found a way to end up being mounted by Anthony Smith and just 5 months ago he was brutally KO’d by David “Pillow Fists” Branch. Branch fought a lot of low-level opponents in WSOF and didn’t KO any of them. He caught Santos with a glancing blow and put his lights out. It’s not a good sign. Santos’ last fight against Kevin Holland was equally unimpressive. It turned into a 15 minute back and forth battle which contained a massive amount of bad fight IQ and sloppy technique from both guys.

Eryk Anders is one of those guys that isn’t great at anything, but he’s an intelligent fighter and reasonably good at all aspects of MMA. He has good fight IQ, good striking, solid wrestling and he hits hard. These kinds of fighters can often be Kryptonite for a guy like Thiago Santos if they can weather the early storm because they’re not going to make mistakes and put themselves into bad positions. They can play the role of matador. They can wait for Santos to get reckless and then they can punish him for it.

Judging by some of Santos’ recent fights I expect him to come out of the gate very aggressive for this matchup. Anders is a tough guy, he has a good chin and great cardio. If he can make it through the 1st round, he should be able to take over later in the fight and find a way to punish Santos for his bad fight IQ.

I’m going to be honest with you; Santos has the skills to win this fight easily if he fights smart, but Santos rarely fights smart. I have a feeling he’s going to run onto one of Anders’ big power strikes or start shooting takedowns where he’ll either end up putting himself in a bad position or dump off a load of energy trying to get the fight to the ground.

Skill for skill Santos is a significantly better striker than Anders with the power to finish the fight at any time, but Anders has a huge advantage on the ground. Santos has a habit of giving up easy takedowns or initiating takedown attempts himself which result in him getting himself into trouble. Anders can capitalize on these mistakes and find a way to win through either grinding on Santos and getting him tired or by inflicting significant damage with ground and pound.

Santos appears to have gone backward since leaving American Top Team, and at underdog odds, Anders feels like a great bet. This fight is much closer to 50 / 50 than the odds suggest. I strongly feel that Anders is worth a gamble at these odds.

Reasons for betting on Eryk Anders

The bookies believe that Eryk Anders has an 38% chance of beating Thiago Santos based on their current odds.

We believe that Eryk Anders has a 50% chance of beating Thiago Santos based on our extensive research and analysis.